skip to main | skip to sidebar
:p I regret most of the content/jokes here. 40% of which are cringe-worthy. This is not a blog that I'd want my nephews/nieces ...or anyone to read, actually. but it's still up here because of sentimental reasons. The blog took a lot of time to build & I just don't have the heart to delete it. If you do find the jokes funny - I'm happy to know that they're entertaining. Otherwise, here's a more "proper" one http://coffee-choc.blogspot.com ...prob not as funny, mainly about chocolates and coffee and food & music

Mix each batch in it's own bowl. It comes together quickly and easily. It should form a very soft playdough type ball.

Set one batch on top of the other and knead for a short time, until two colors are marbled together.

Press into an 8" pan and chill overnight.

Cut into cubes and enjoy! Store in the fridge. 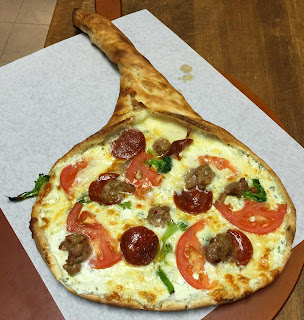 Been searching everywhere for seafood pizzas (in NY, CT, NJ) and finally found Apollo Pizza (Derby, CT). Seafood pizzas aren't common here in the US (or at least on the East Coast). So I'm really happy that Nic & Will (my newly-wed friends) had some of these at their housewarming party in Shelton. 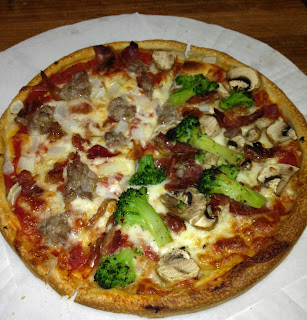 My fav is the "Shrimp Casino Pizza". Generous toppings & lots of shrimps. Yum :):) 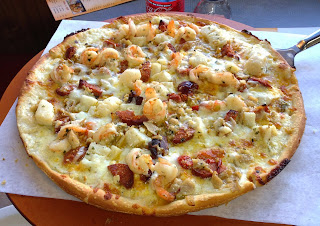 Other pizzas on the menu are really good too! But for me, I haven't had seafood/shrimp pizzas in years so I only had eyes for the seafood pizzas 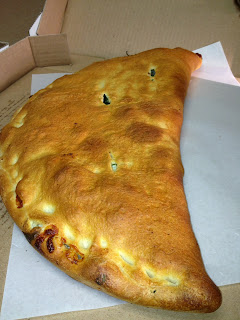 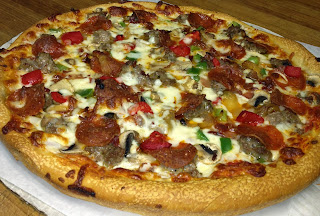 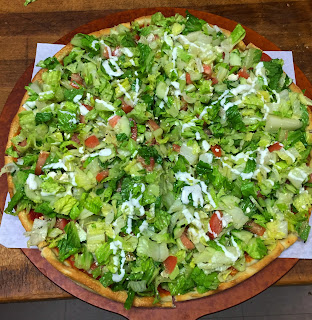 On Thursday, January 29, friend and former Joystiq editor Andrew Yoon tragically drowned while on vacation in Austin, Texas. He was 29. 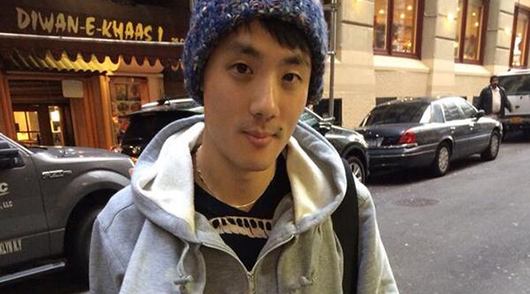 Following his tenure at Joystiq, I was fortunate enough to convince Andrew to pick up his life in New York and join me in Los Angeles as part of the Shacknews editorial team. In 2012, Andrew became the site's Editor-in-Chief.

But Andrew outgrew his passion for writing about games and his ambition rekindled a childhood dream to create a game of his own. In September 2014, Andrew and his partners secured over $16,000 in funding in a Kickstarter campaign to develop Divorce! The Card Game, which is set to launch later this month. In January, he and a team of creators won an award at GXDev 2015 for the game Cactus Seeking Hug (play it, it's brilliant).

Andrew was a spirited friend and co-worker, with an unrivaled passion and vast void for a stomach. He was always cheerful, stylish and hungry. His slim frame could consume an ungodly amount of food – seriously, his Twitter was 90% photos of things he was about to eat. He was kind and funny, a conversation with him was always guaranteed to bring a smile to your face. If you needed help, like a couch to crash on, he was there. At one point in our lives we managed an editorial team together; we shared airtime on the podcast Weekend Confirmed; heck, we even lived in the same small apartment complex in Los Angeles. Although our interactions became limited to small conversations and giggles between meetings at press events in recent years, I will always consider him a friend.

Our condolences go out to Andrew's friends, family and colleagues at his startup Anyo. For those able, a memorial fund has been set up to cover burial costs and to honor his memory.

Joystiq Editor-in-Chief Ludwig Kietzmann remembers his dear friend in a letter after the break. 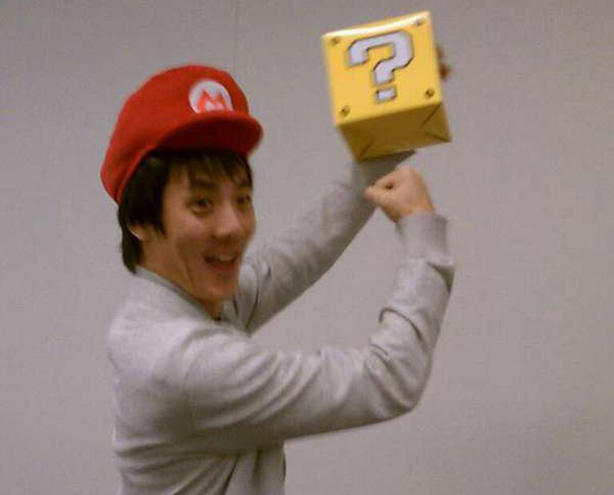 Missing that flight was one of the best things that ever happened to me. I got to spend a day with Andrew Yoon, who would become not only a friend, but an uplifting influence delivered only in rhythm to his weird travel patterns. If I was ever unsure, unsettled or upset, he'd be sure to arrive in town and put me back on track. Yoon was the guy who made me imagine a strange pattern hidden in our lives, holding it all together.

It was late, I was low on cash and I had scarcely been in the United States, never mind a sprawling city like New York. Sleeping in the airport, waiting for my next flight back home, I tried calling a colleague I had just met during our work covering a show. Internet connectivity and smartphone capability not being what it is today, I relied on Andrew's instruction to successfully escape JFK, venture into the subway and – this part was important – take the bus, but not too far.

So, of course, I stayed on the bus too long and nearly ended up in Queens. I arrived at his apartment hours late, exhausted, and expecting to find an irritated party. Instead, Yoon let his worry for my wellbeing turn into a bit of a lecture. He left the next morning for a teaching job, leaving me an insanely detailed set of instructions for turning on the TV and the PlayStation 3, just in case I got bored.

Being stranded in New York became a tradition the next year – every time I traveled to the U.S. for an event, I'd spend a week with Yoon. I'd consider a trip without 'Yoon Week' a failure.

Living and working with pals is meant to be easy, but I hadn't often encountered a friendship quite so easy and so rewarding as this. There was never a pause in our conversations, never a doubt as to what to mock or cherish. We laughed so much. I'm convinced Yoon did most of the emotional work in our relationship, the energy spilling out from some infinitely replenished mechanism inside of him. I was just a satellite that couldn't escape the orbit, even if I wanted to.

And whatever this machine was, I know that it was, at least partially, fueled by gigantic helpings of meat. Look, Andrew and I ate a lot of desserts together – this one time we ate a pizza covered in Nutella and marshmallows – but I could never compete with the epic barbecues, pork chops, ribs, burgers and weird meat-fusions he put away. I still find it unbelievable.

I don't think this letter is doing him justice, but I'm still hampered by sadness and disbelief over his sudden disappearance from my life. I'll never be able to accurately portray his effects on me, his colleagues and friends, because he was so effortlessly and inseparably woven into our lives.

In short, I can only tell you that he had the kindest heart and the biggest stomach. He wrote about games passionately, outgrew them and eventually found a way to make his own. He let me crash on his couch so often, I probably owe him rent. He rejected setbacks, no matter how grave, and always lured you into a better view of the world.

We were lucky to have just one of him, and at a permanent disadvantage to have one fewer.

I'll miss you so much, Yoon. 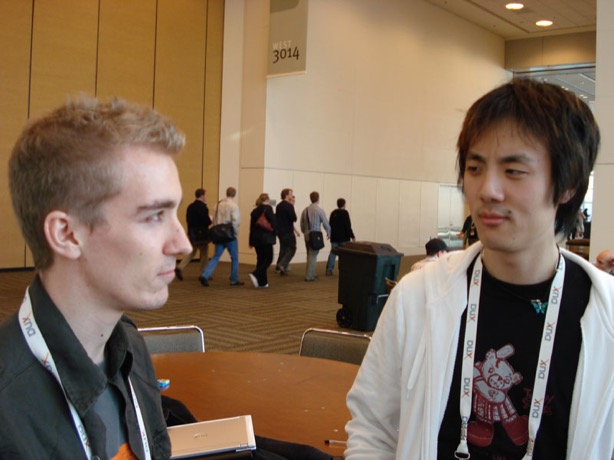 AUSTIN (KXAN) — The man who drowned at McKinney Falls State Park on Thursday was a respected reporter and developer in the gaming industry. Several condolences for 29-year-old Andrew Yoon were posted on social media sites shortly following the news of the tragedy.
“Everyone who has known him is very shocked by it,” said Kyle Orland, a friend and former co-worker of Yoon. “All day I have been preoccupied with it myself. A lot of people are not able to get as much done knowing Andrew will not be around anymore. It is hard to believe.”
Austin Police say Yoon was found Thursday afternoon in 8-10 feet of water near the Upper Falls area at the park. A sign near the falls warns swimmers about swift currents, drop-offs, slippery rocks and other possible perils. Yoon disappeared under the water near one of those drop-offs according to police.
Comments on social media commented about Yoon’s work ethic and passion for gaming. Orland said Yoon had spent the past year developing a card game and remembered his work as a journalist in the industry.
“We would be walking with his laptop in one and typing with the other,” said Orland. “That is how dedicated he was to getting a story out there.”
Yoon’s Twitter page lists his home as New York and investigators said he was in Austin visiting friends.
In the last five years, there have been three drowning incidents at McKinney Falls State Park, involving a total of four deaths.
Posted by NYC Foodie at 7:00 PM No comments:

Received an unsolicited copy of Nylon magazine. Called Nylon magazine's customer service number to stop subscription: 866.639.8133
Customer service rep told me that they got my details from a 3rd party and that I have to contact the 3rd party (Strategic Media LLC) at 877.266.6555 or email them at service@magazineordercenter.com to be removed from the mailing list
Called 10 times. Nobody answered phone calls.
Checked www.magazineordercenter.com 's website.
Website looks dodgy. No contact number listed.
Found that it's owned by Strategic Media LLC
http://strategicmediallc.com/contact/
Filled up the contact form to be removed from mailing list.

Hope they remove me from the mailing list. Otherwise, more work and more emails to be sent:- 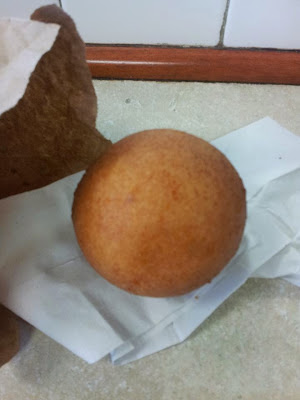 Came across the best buñuelos I've ever had (well, it was actually my first time trying buñuelos, but I'm pretty convinced that they're the best!) - at La Sabrosura Bakery in Astoria. 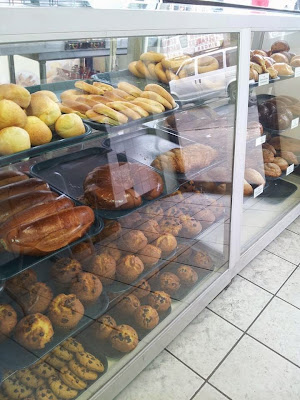 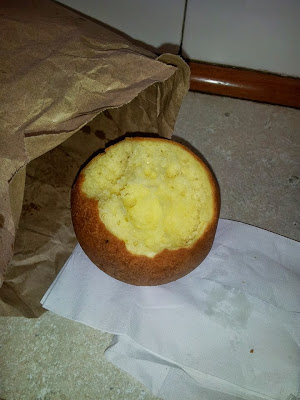 Posted by NYC Foodie at 3:59 AM No comments: 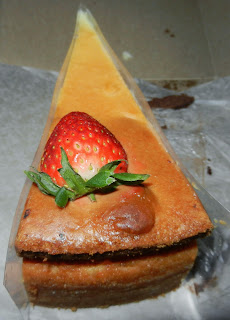 Yes, I usually like anything that's chocolate-flavored & coffee-flavored, but this classic slice of New York cheesecake is so good I have to include some photos of it 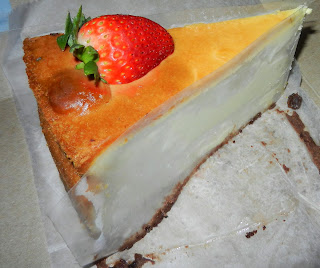 I did also try the chocolate cheesecake at Martha's Country Bakery. It tastes a lot better than it looks in the photo :D 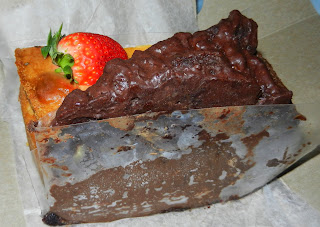 Posted by NYC Foodie at 3:57 AM No comments:

Wouldn't call myself a coffee connoisseur. I'll stick with the word "fan". I love coffee but I don't usually "sample" coffee. I like only black coffee ("plain coffee", we call it in other parts of the world outside the US)...and many other forms of the black coffee - Americano, espresso, coffee of the day...whatever you call it, lol. If there's no sugar,  no milk, nothing else but just the coffee, I'll most probably like it. 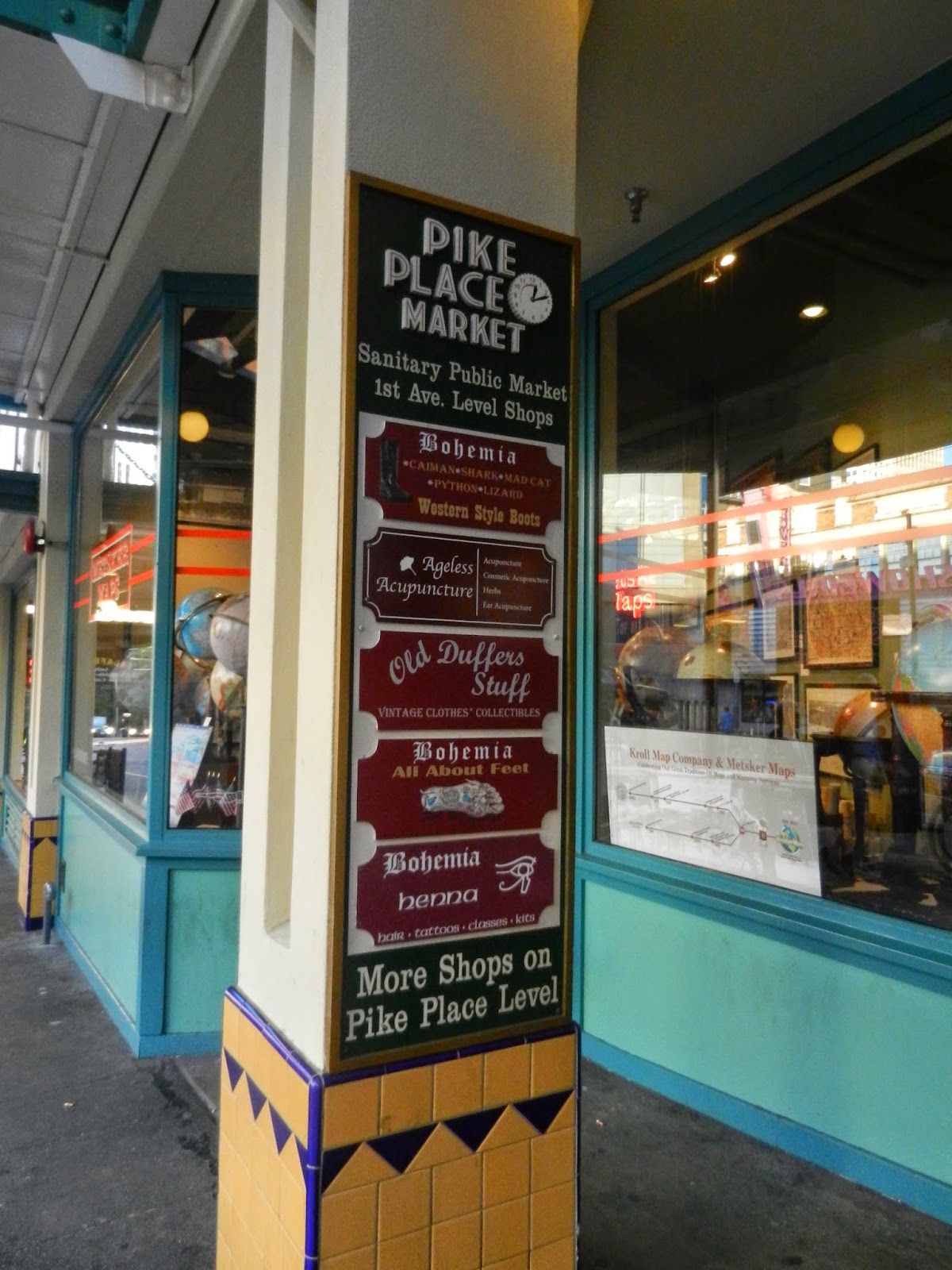 So, as a coffee-fan...while in Seattle I had to see the first ever Starbucks (at Pike Place Market..)
I've met some anti-corporation coffee snub friends who avoid Starbucks just because it's Starbucks...lol, but I like the blonde roast (cuz it's healthier..and has higher antioxidant levels) and Starbucks is the only place that I know of that sells blonde roast (light roast) coffee
I didn't get coffee there, I had my coffee at Columbia Tower Center 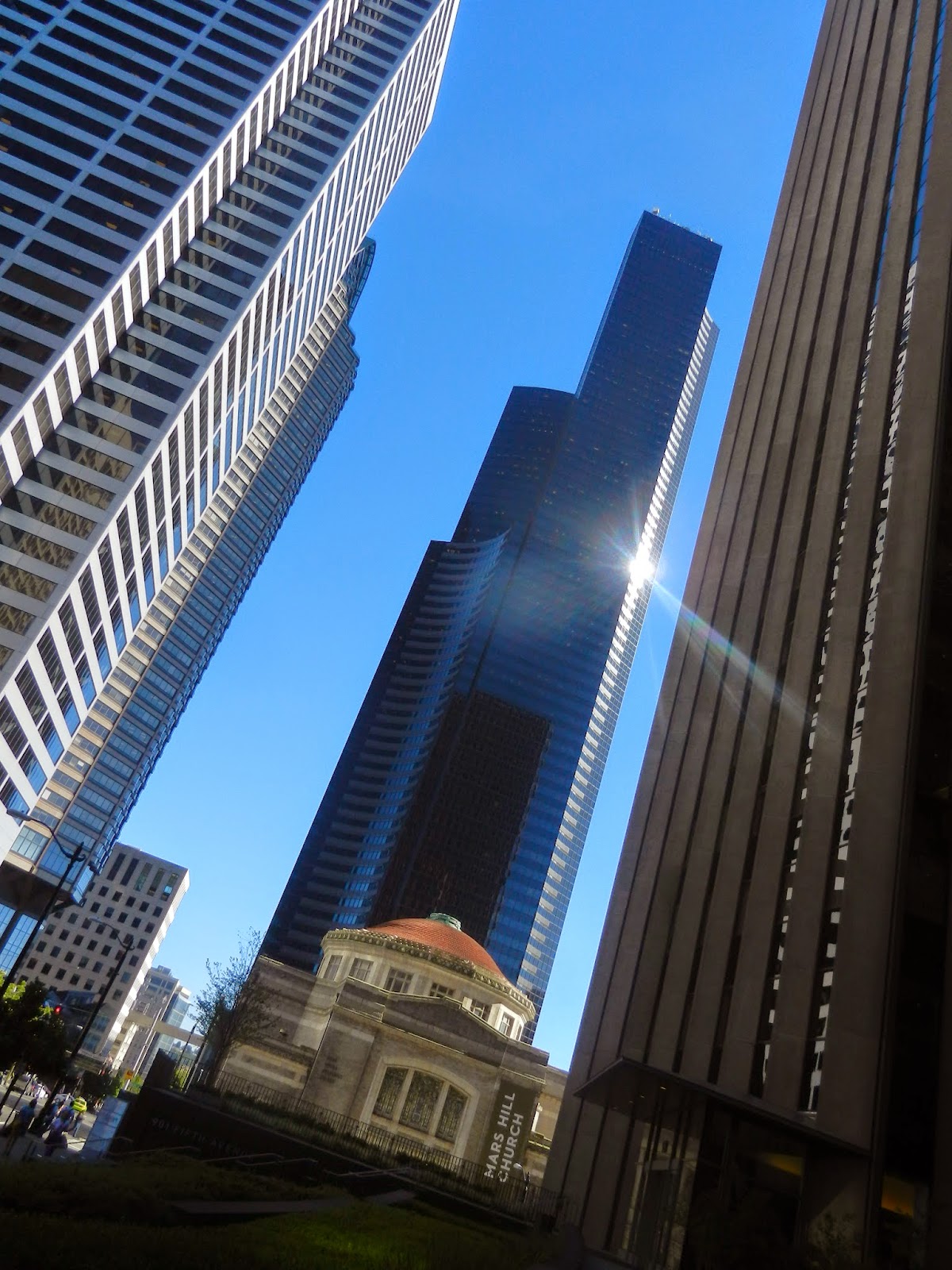 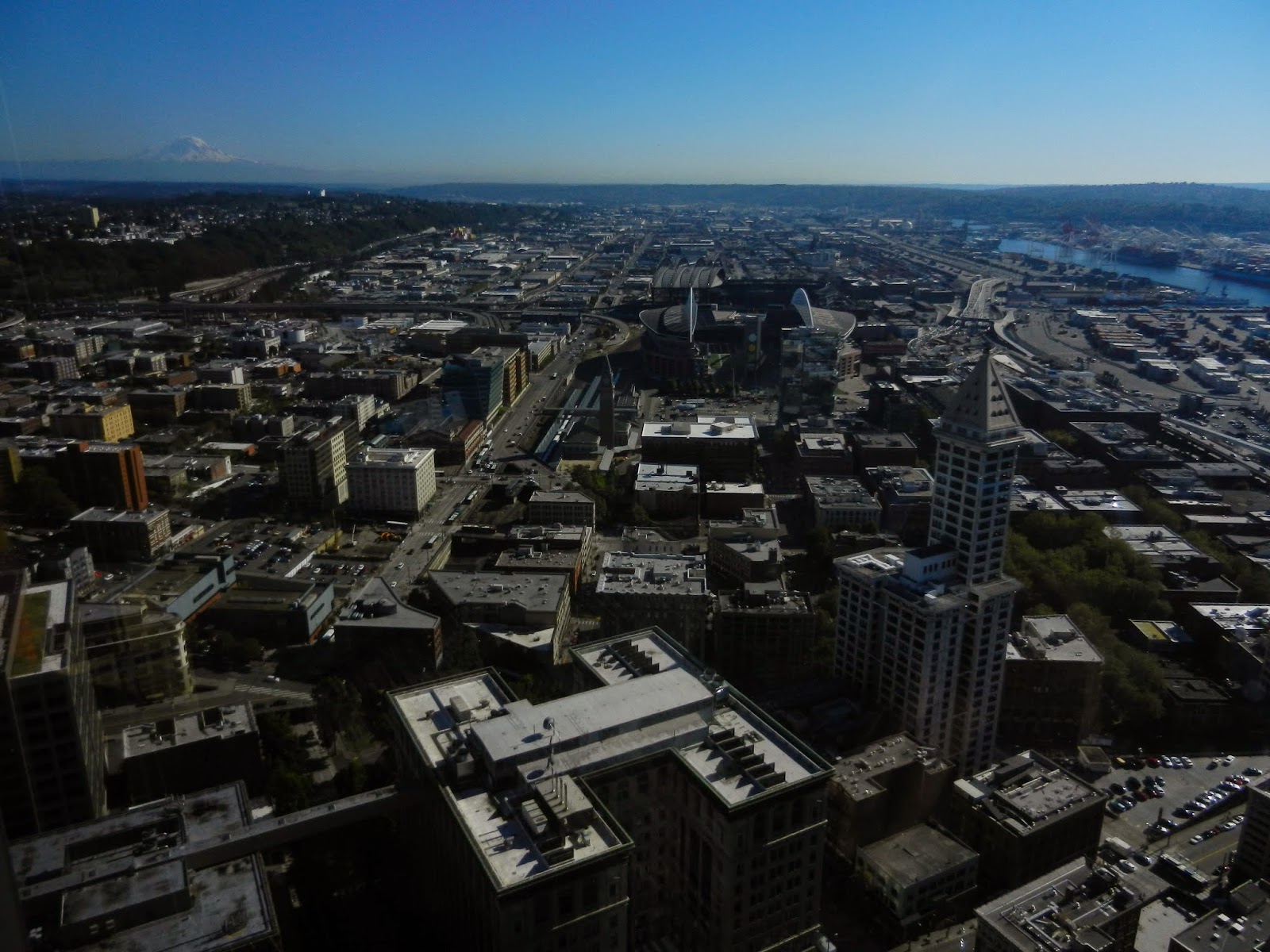 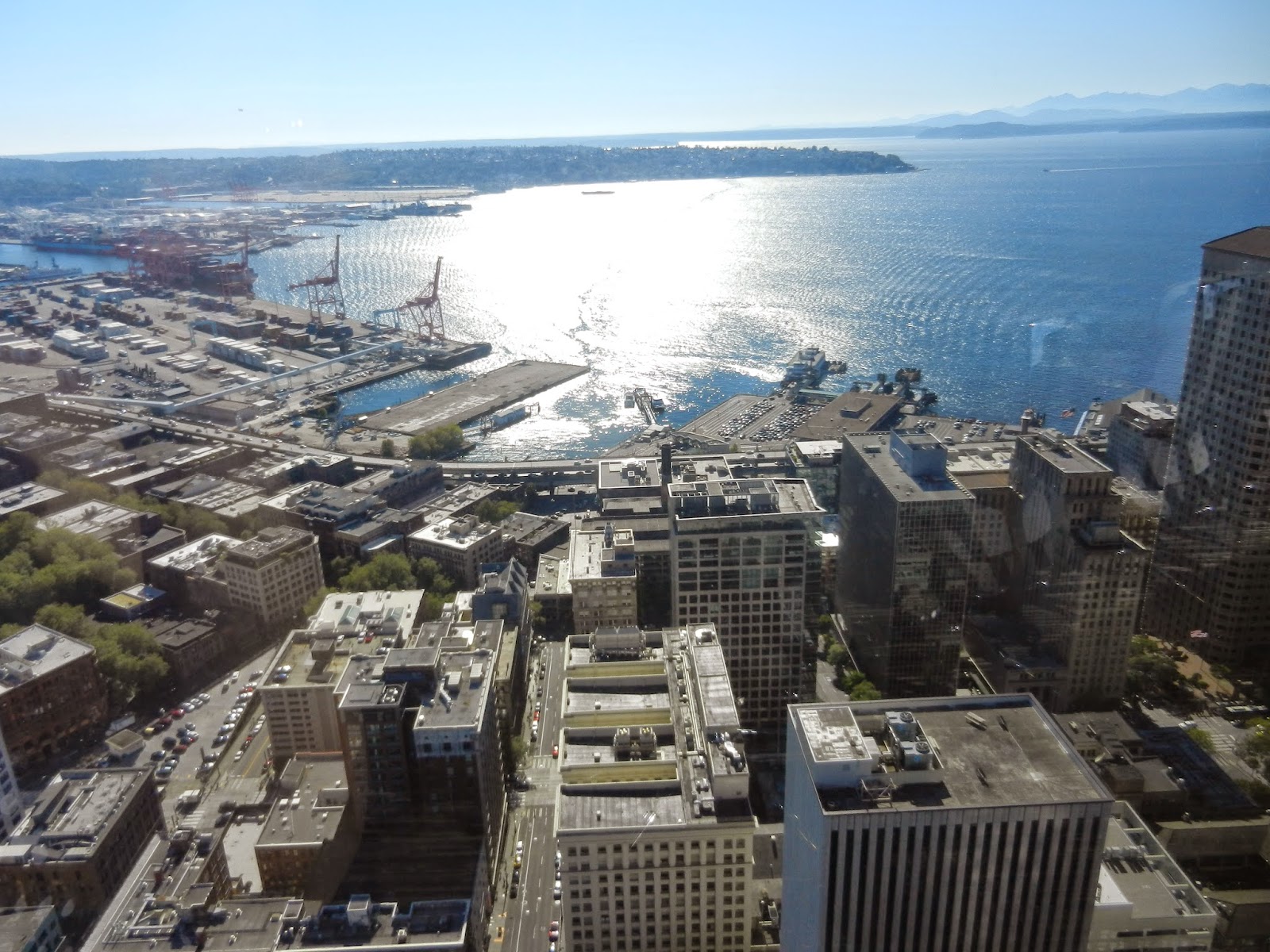 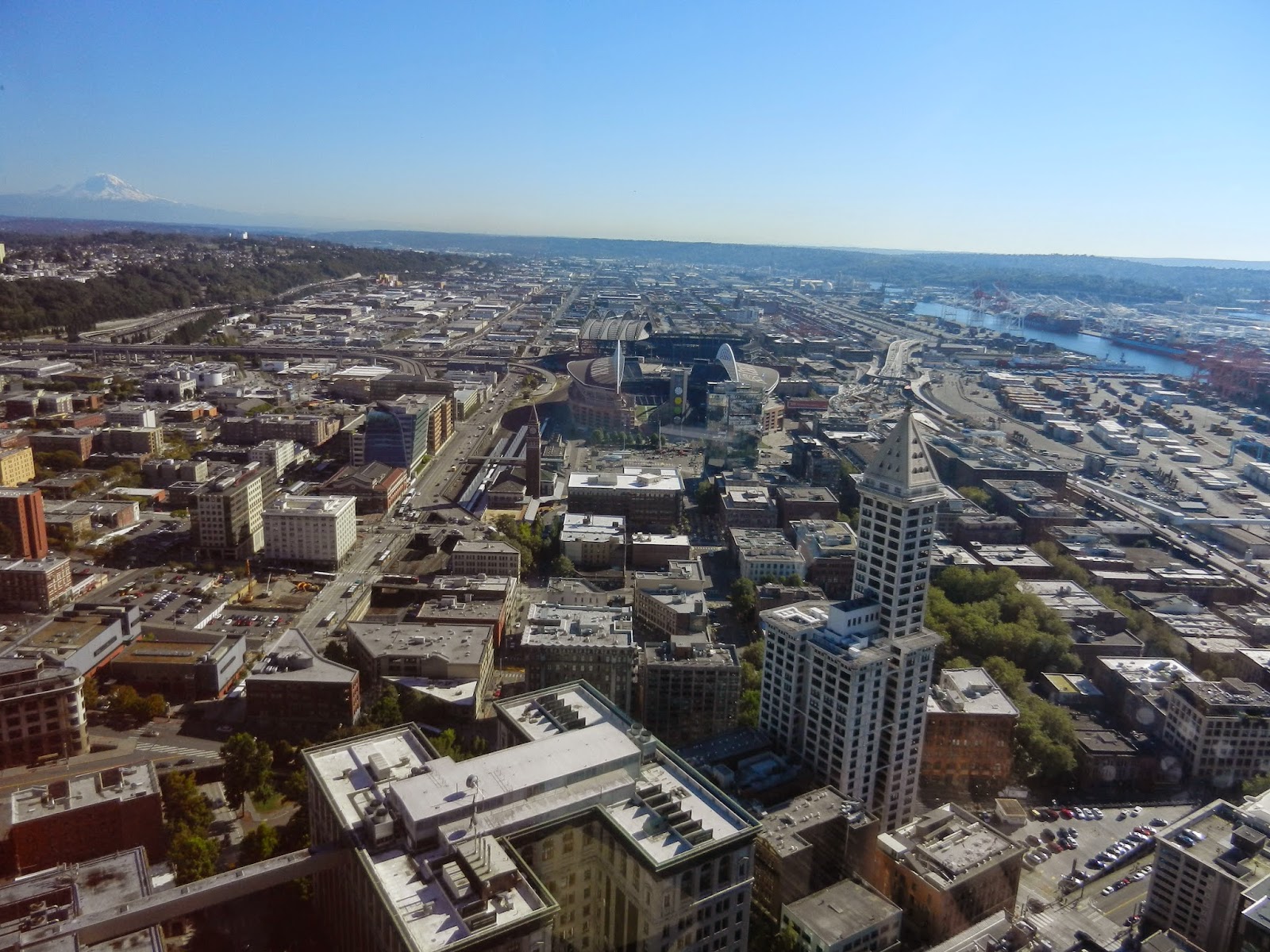 Walked around Seattle after coffee. It is a small city, clean(er) than NYC, kind of reminds me of San Francisco. Some photos of the Escala luxury condominium from the E.L. James' book Fifty Shades of Grey. 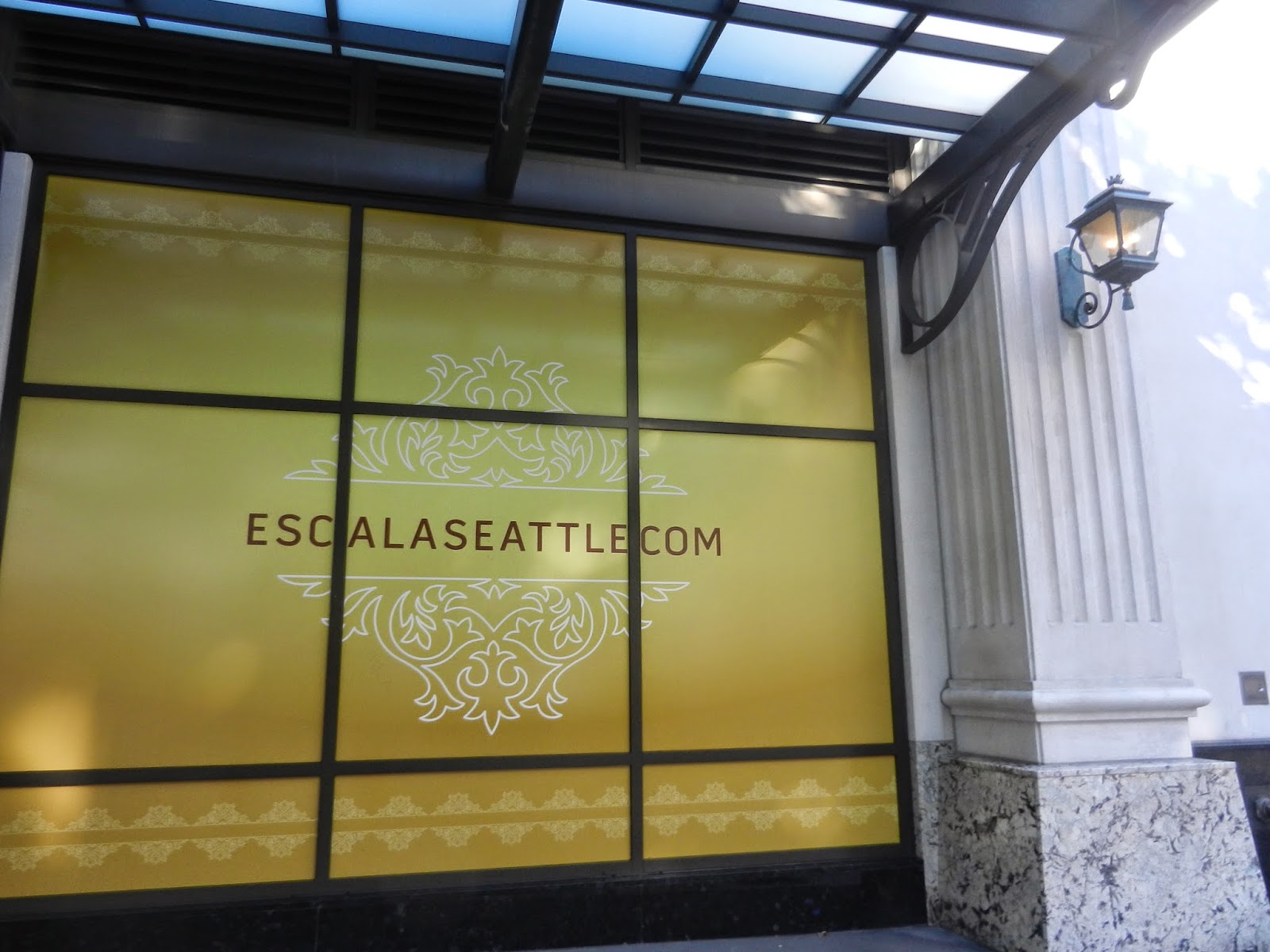 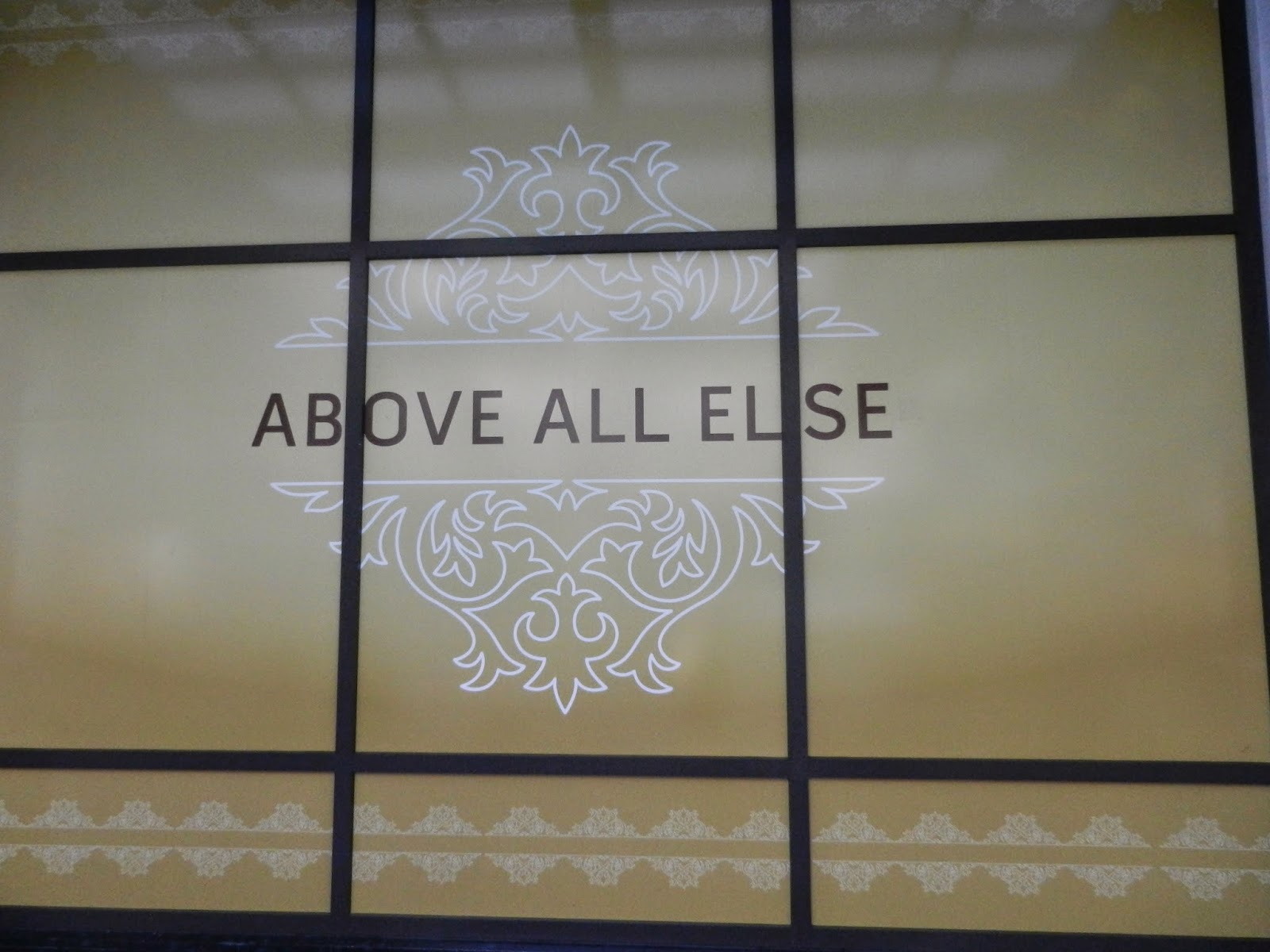 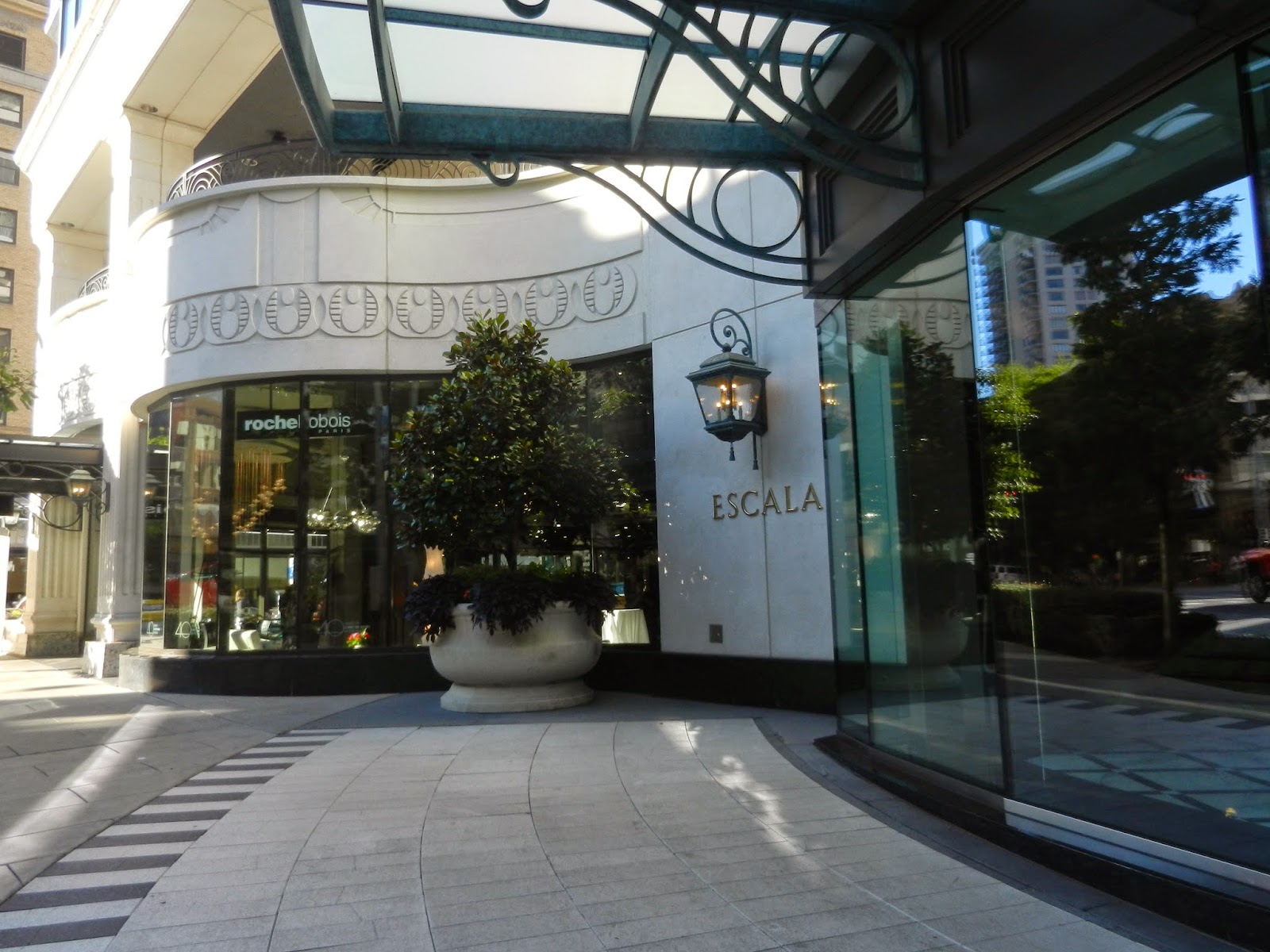 My favorite place in Seattle is a neighborhood called Capitol Hill 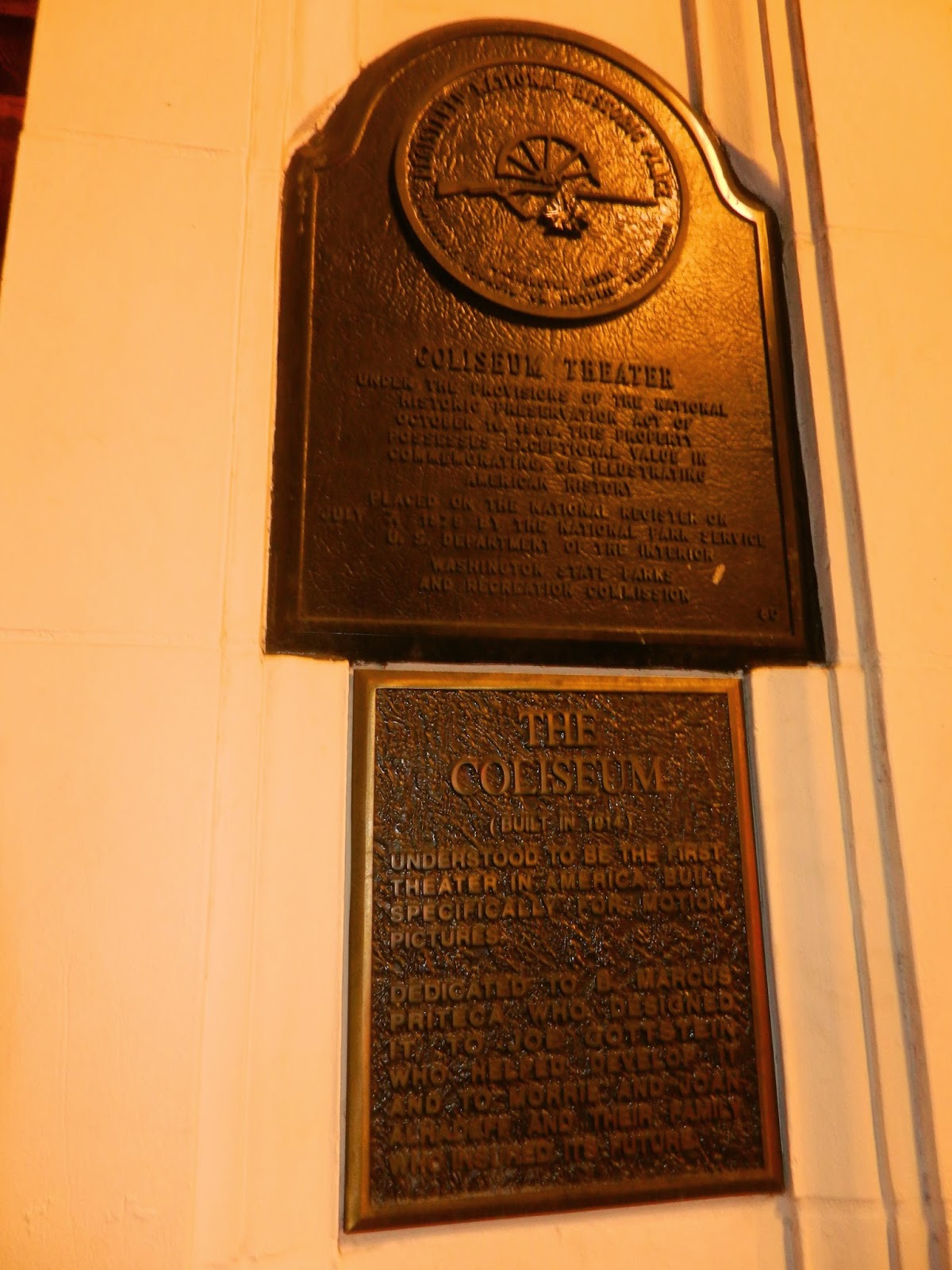 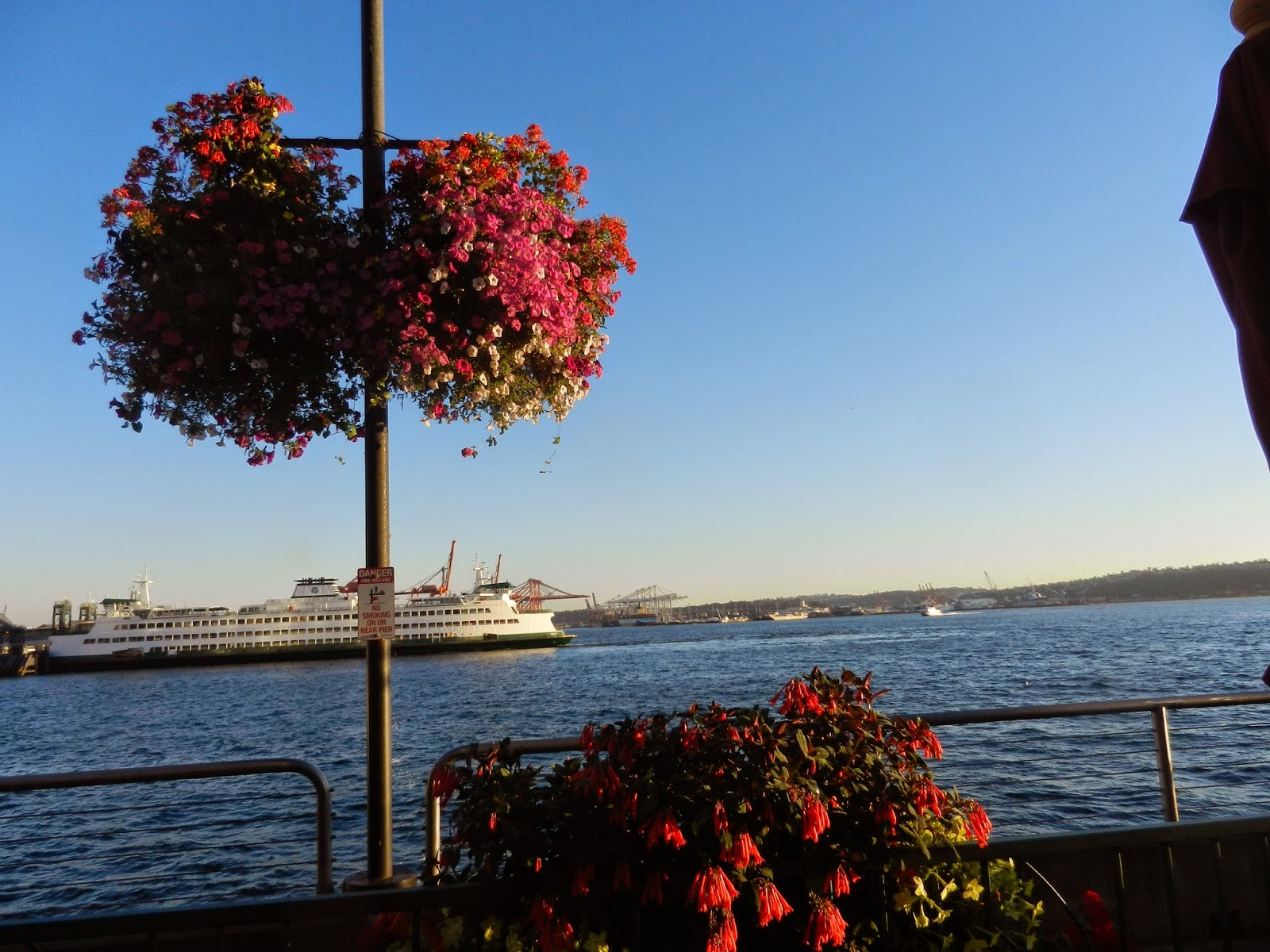 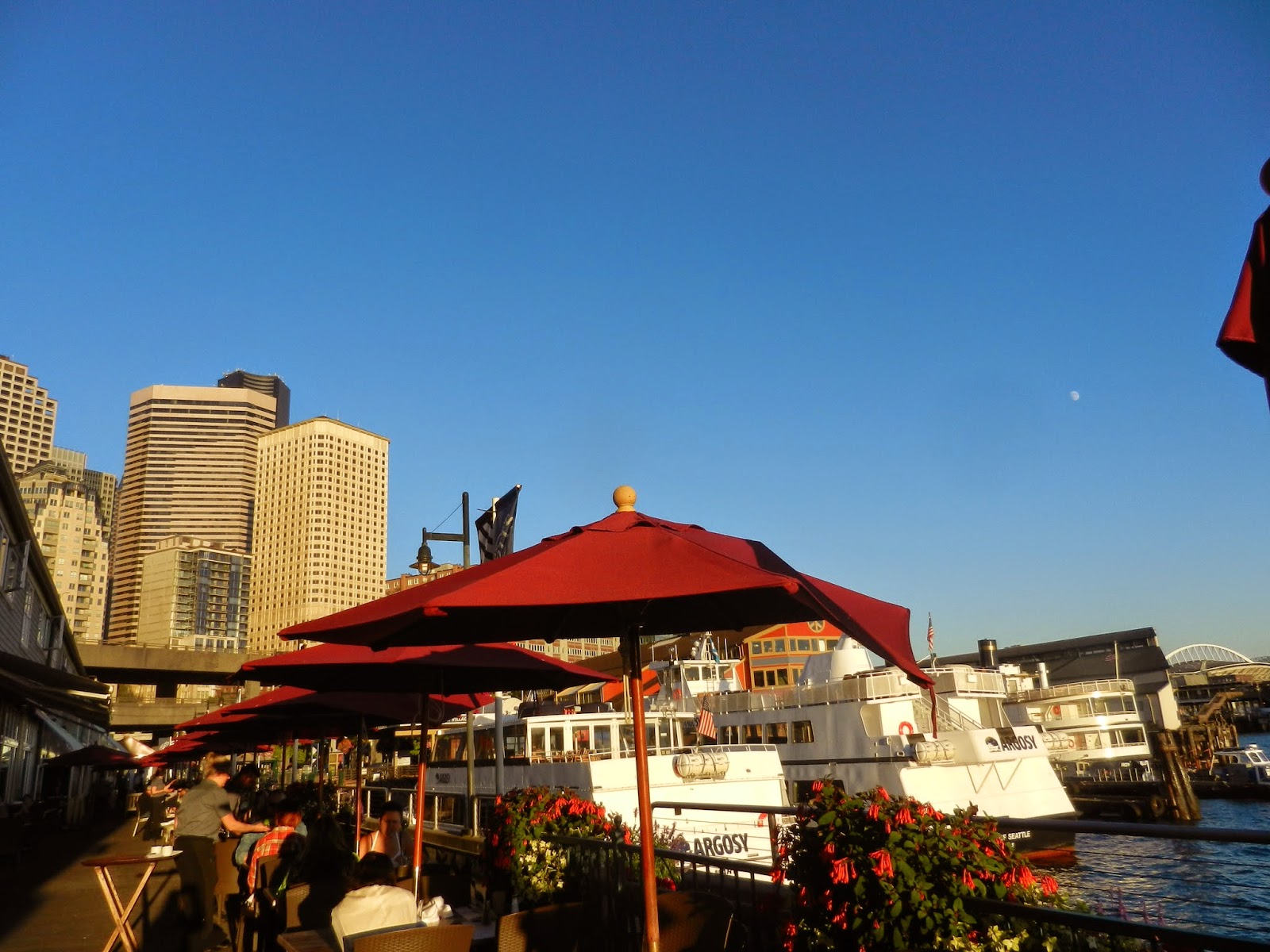 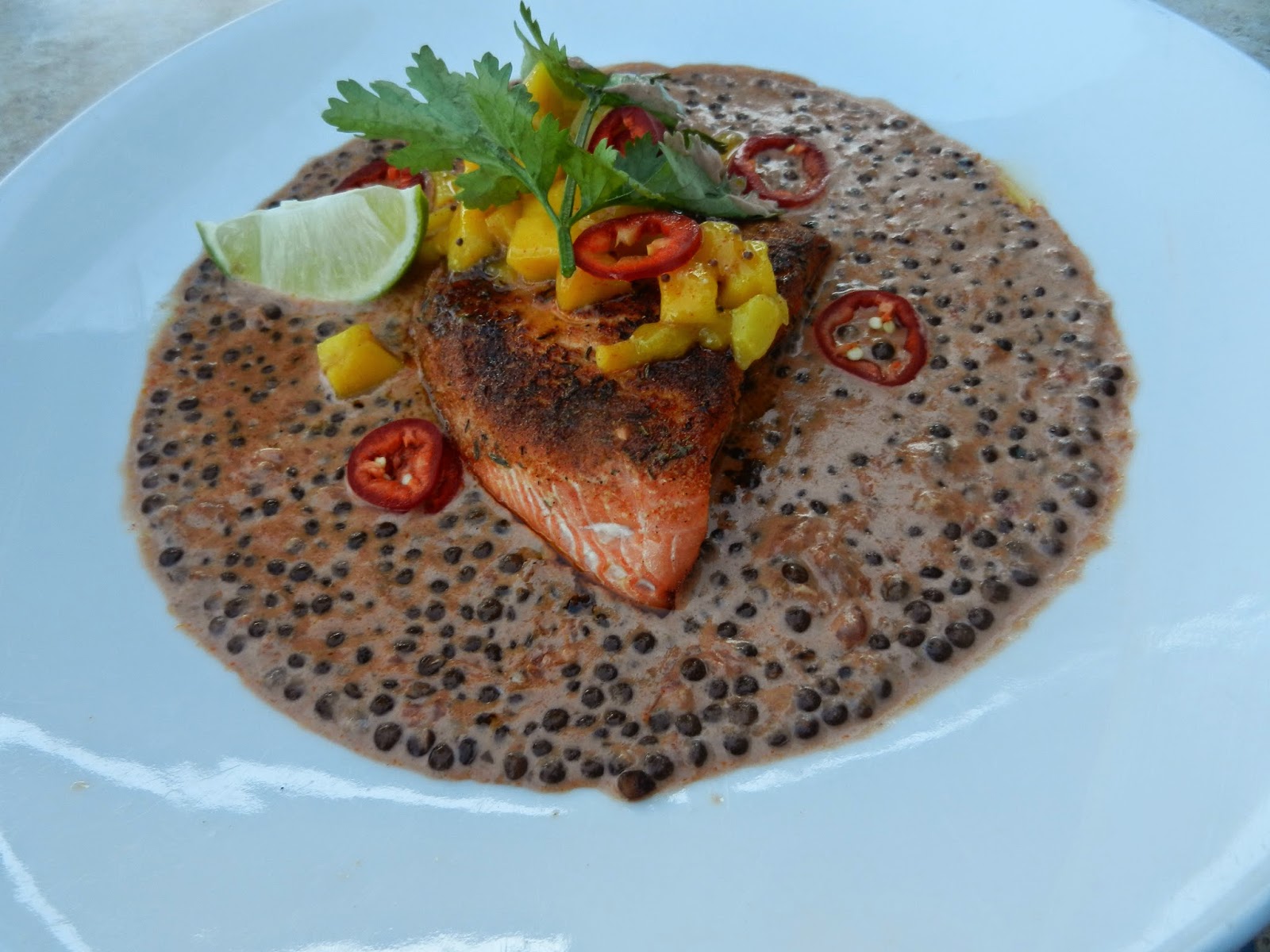 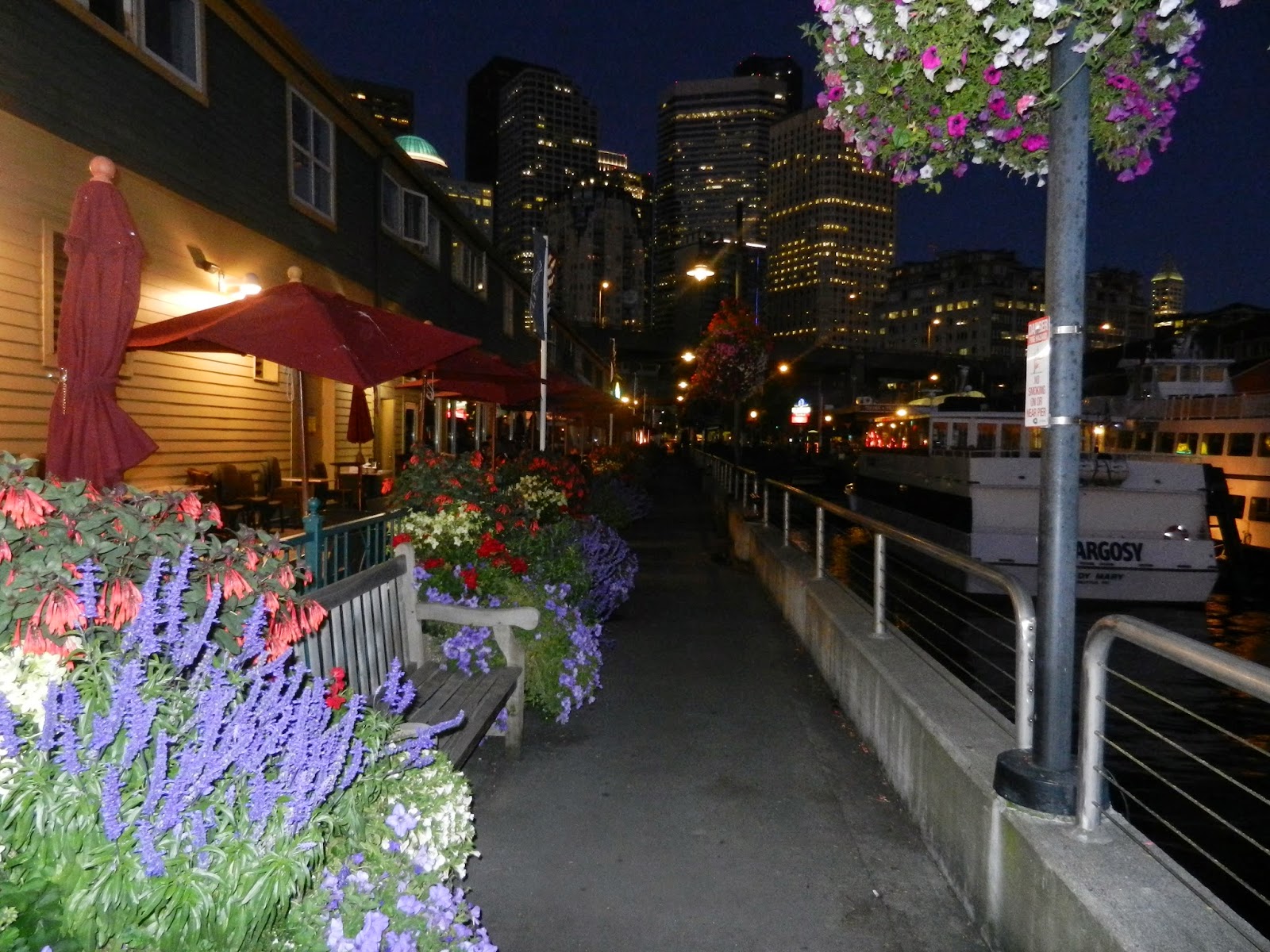 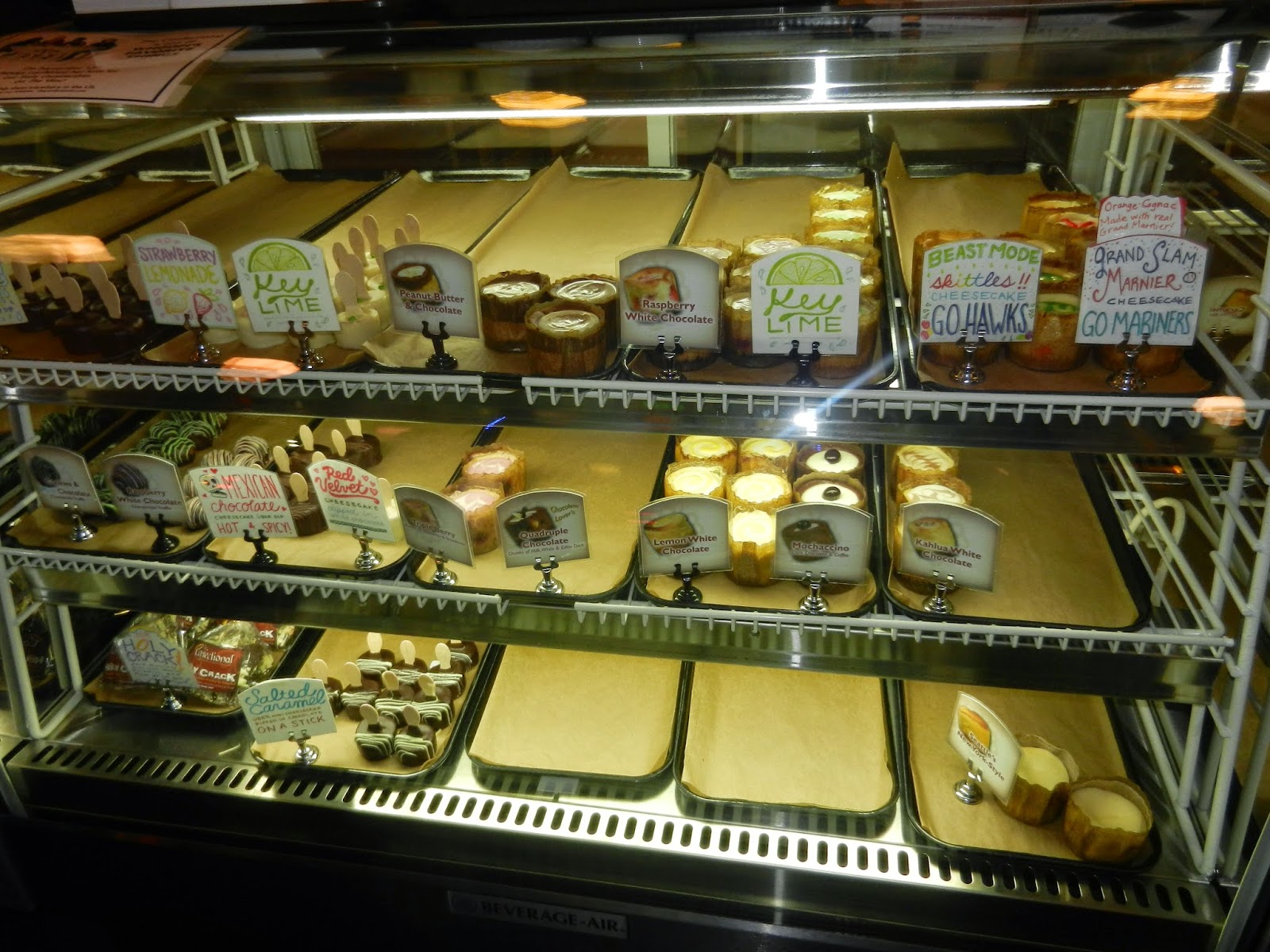 Posted by NYC Foodie at 8:53 PM No comments:

Hiring Employers | Government & Non-Profit
* Note: Non-Exhibiting Employers (NEEs) will be recruiting at the event without setting up a booth at the exhibit hall. They will be searching our attendee resume database to identify target candidates and reach out to those candidates directly for interviews utilizing skype, phone, or private interview booth (in-person) at the Conference. 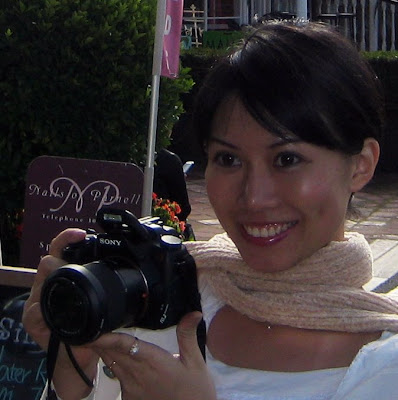 What is a disco stick?